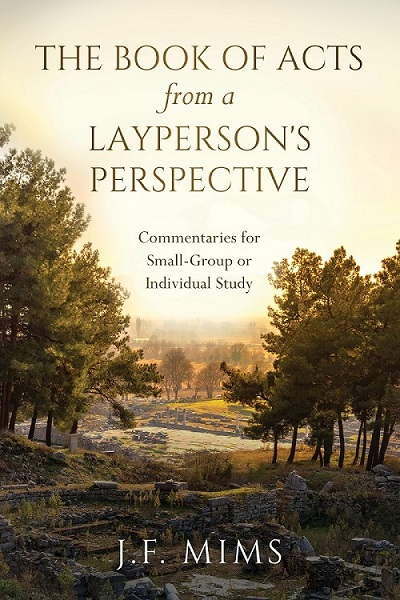 The Book of Acts from a Layperson’s Perspective (BALP) brings a fresh perspective to the study of Acts. The author wants readers to attain a high level of appreciation of Acts as an early-Christian history book and trusts that they will have the pleasure of discovering the episodes and events surrounding Paul, Peter, and other believers, either in a small group Bible study or individually.

What the BALP is not is a scholarly commentary. An Amazon.com book description for an Acts commentary made this statement, “The interpretation of Acts requires a scholar of the highest quality.” With all due respect to Bible scholars, no. A lay reader, especially one new to the Bible, wants to be able to read some passage in Acts and gain an understanding of it without having to be a Ph.D. A layperson familiar with the Bible wants a plausible explanation for that passage.

The BALP is written by a layperson for laypeople and does not theologize. The book offers a straightforward meaning to the Scripture passage. It applies cultural and historical context to the verses where appropriate. The book has a simplicity in its presentation without being simple or insulting. With reasonable interpretations, the BALP shows the founders of Christianity as human beings before they became Saints.

The BALP is designed, through sufficient basic research, to facilitate a leader’s development of a small group Bible study class, giving the leader the greatest flexibility in establishing the objectives and goals for the class. The BALP is a guide in one’s study of the book of Acts designed to provide an individual with ideas for personal use.

This book is the author’s way of witnessing to others and encouraging them to explore the Bible, especially the book of Acts, to develop or expand their own faith in God. The author wants The Book of Acts from a Layperson’s Perspective to be an inspiration to that curious learner who is striving to accomplish John 20:29.

J. F. Mims, M.Ed., retired from two varied but equally satisfying employment careers, both providing the background and spark for his efforts to become an author. His first career of 30 years was in Information Technology, primarily computer systems analysis, technical writing, and consulting. After ten of those years, because he had been trained as an educator in order to obtain his Bachelor of Science degree at the University of Alabama and after being awarded his Master of Education degree at Arizona State University, Mims undertook a second work career of some 30 years, beginning part-time, evolving to full time, as a teacher at the post-secondary level in both the US and Europe. That second career included: offering classes in computer studies to overseas US military personnel for the University of Maryland, providing instruction in computer security to the U.S. Department of Energy as a contractor, and teaching computer classes and business English part-time at the local community college (Albuquerque TVI) for a number of years. After his award of an AAS degree with Highest Honors from TVI, Mims gained additional experience as an independent paralegal performing legal research and writing, pleadings preparation, and brief transcription.

Mims feels qualified to be writing The Book of Acts from a Layperson’s Perspective because of his long-standing Christian faith. As a lifelong Christian involved mainly in the United Methodist Church and until COVID-19, Mims had been active in his local church leading small-group adult Bible study and Sunday school classes. The book The Book of Acts from a Layperson’s Perspective originated from one such class he was leading. As the presentation grew and as the number of questions increased, Mims realized a desire to share his own beliefs with a larger audience. Relying on his training in education and his background of writing documentation, technical specifications, and lesson plans, he authored the book as his way of witnessing to others and encouraging them to explore the Bible, especially the book of Acts, in order to develop or expand their own faith in God.

At times, it was not easy for him to express his convictions, but he felt he could not be sincere to the reader unless he showed his own faith. He tried to imagine himself in the situations and scenarios he was reading about, always asking himself, "What would I have done? How would I have reacted?" These questions became starting points for his impressions of Luke's writings.

Mims wants his lay readers to attain a high level of appreciation of Acts as an early-Christian history book and trusts that they will have the pleasure, as he did, of discovering the episodes and events surrounding Paul, Peter, and other believers, either in a small-group Bible study or individually. 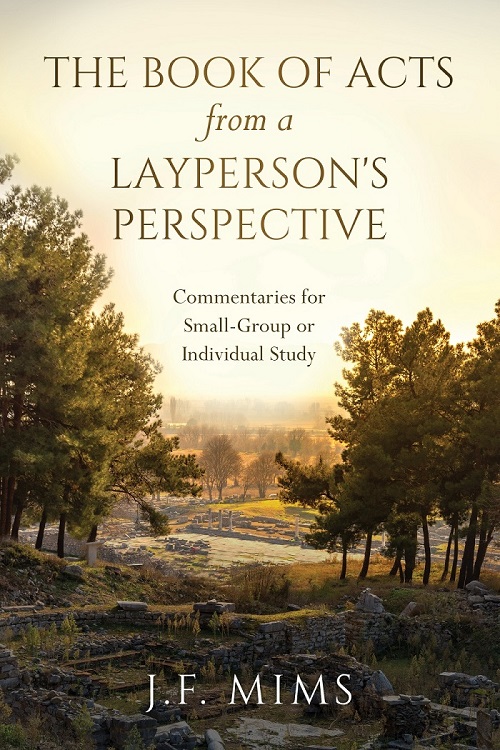